Heuer Watch Co. launched a handheld stopwatch in 1916 that embodied a significant leap in mechanical watch precision. During that time period, the most accurate chronograph measured 1/5 seconds but the company’s TAG Heuer Mikrograph was capable of measuring intervals of 1/100 seconds. This watch catapulted Heuer as the leading maker of chronograph watches in the world. 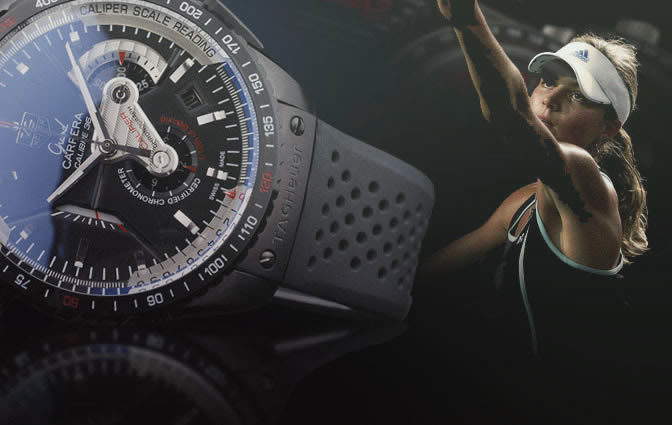 Their Mikrograph stopwatches became the Olympic Games’ official timekeeper from 1920-28. These stop watches had cases which measured 57 mm and it continued to be built almost un-altered until the middle of the 1960s.

In 2011, TAG Heuer unveiled a worthy successor to the original Mikrograph and the brand new Carrera Mikrograph 1/100 is the pioneering mechanical watch to use a central sweep seconds hand that can measure increments of 1/100 second. It is not the first watch to time 1/100 second because TAG’s Calibre 360 was able to achieve this feat back in 2006. But in spite of all its innovative features, some have complained that the Calibre 360 was difficult to use because of the display size. The 1/100s of a second are difficult to read because the display measures 8mm wide at the 6 o’clock position. But even though this particular model was not created for practical use like timing sporting events, it was able to prove that a mechanical chrono is capable of measuring 1/100s of a second. 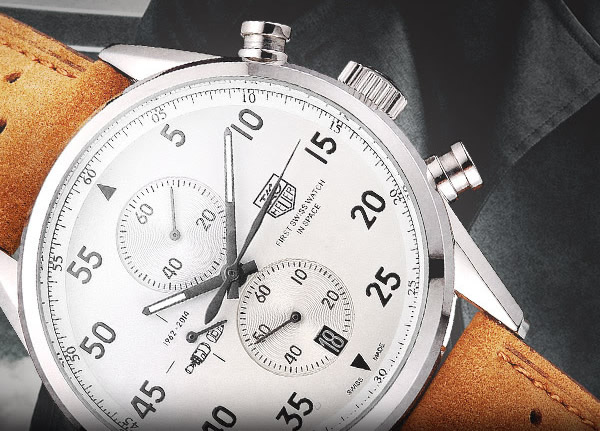 The new successor of the Calibre 360 took 5 years of work and the man behind it is a physicist by the name of Guy Semon. He was employed in the aerospace industry and was eventually hired by TAG to take the position of vice president of Sciences & Engineering and director of the company’s research division in Switzerland. He worked alongside Janick Chatelain and Denis Badin to construct an integrated chronograph which powers the Mikrograph 1/100.

Among its best features is the 2 different balance wheels each with its own separate escapement and transmission structure that enables the user to run the chronograph without affecting the movement of the watch. One balance regulates the time keeping movement and it oscillates at 28,800 vph (4 Hertz) and has a power reserve of 42 hours. The other one beats at 360,000 vph or 50 Hertz and was created by Atokalpa. It’s responsible for the chronograph movement’s accuracy and it can run for 90 minutes max before it will require additional energy.

There’s an arc-shaped scale which is positioned below 12 o’clock and is calibrated from 100 to 0. There are 2 barrels on the movement assuring the chrono and time display have enough energy.

The stopwatch and the timekeeping movement are built into 1 caliber but they are working independently and each one gets energy from its own barrel. The barrel responsible in keeping the watch running is refilled through the self winding movement’s blackened rotor which is converted into kinetic energy. The barrel for the chronograph requires manual energy input which can be achieved when turning the crown. The automatic movement can likewise be wound manually and all one has to do is turn the crown counter-clockwise. The chrono can keep on running after the watch is stopped and VV. Such construction was needed because even if the balance of the chronograph were supposed to beat at a slow pace, coupling the stopwatch with the same energy that powers the timepiece would cause the balance amplitude to decline quickly and would affect the accuracy of the watch.

You need to release the start-stop pusher threading to start the chrono. It’s not yet clear why they decided to add threading to it but we can assume it can be due to some factors like aesthetics and the need to protect the starting mechanism.

The elapsed time measurement starts seamlessly as can be expected from a chronograph with a column wheel. The pressure point is precise and quick, thus reducing the time between the decision to start the mechanism and the real start. The 1/100 second hand is slender and colored blue and it starts racing around the dial, producing an audible hum and it can complete a full circuit every 1s. When looking with your naked eye, the movement is smooth and perfect. The seconds hand goes around the subdial at 6 o’clock with similar perfection but it of course needs 60 seconds to finish the round. Only the 30 elapsed minutes counter makes a tiny jump once every minute and it’s found at 3 o’clock.

When the pusher is depressed again, the chrono stops right away. You’ll find the elapsed 1/100s easy to read because of the calibration around the dial. There are big double-digit numerals in increment of 10 1/100s of a second and there are a much smaller 2-digit numbers showing 5 1/100s. The elapsed minutes and seconds are also legible and obviously it’s hard for a mechanical watch to measure with extreme accuracy 1/100 of a second but you can do this by stopping the chrono after it has ran for exactly 1s.

In terms of appearance, the historical Heuer logo makes the dial look very retro. There are two rose gold hands coated with Super-LumiNova and it can tell you the time clearly at anytime. The seconds hand which runs continuously serves very little purpose other than indicate that the watch is running. It has a rose gold case that can be strapped comfortably. The strap is brown alligator and it matches the central dial. It has a rose gold pronged buckle with a Heuer logo engraved on it. This is a limited edition watch and only 150 pieces have been made for the brown dial and strap, and another 150 units for the grey dial and grey strap. All of them are COSC certified.